Art Bunce has served as a tribal attorney for the Agua Caliente Band of Cahuilla Indians since 1978, handling legal matters on land use, jurisdiction, taxation, establishment of gaming prior to state compact, water and sovereignty.

In 1983, he began working as tribal attorney for the Barona Band of Mission Indians in San Diego County, handling legal matters, including sovereignty, tribal use of groundwater, and establishment of gaming.

In 2017, Mr. Bunce began serving as Associate Special Water Counsel for San Luis Rey Indian Water Authority, which concluded 48 years of water rights litigation in 2017 with favorable settlement by Congress. He currently managing relations with San Diego County Water Authority and others and is assisting in the formation of Groundwater Sustainability

Currently, a Consultant on Native American issues representing Tribes and allotted Indians. Formerly the Regional Solicitor, Department of the Interior, Sacramento, California, responsible for representing the Departmental interests within the State. Over forty years experience in areas of litigation, commercial leases, and natural resource matters developed as a working practitioner with the federal government and two law firms. Earlier positions included the Field Solicitor, Palm Springs, California; Associate Solicitor for both the Divisions of Conservation & Wildlife and General Law. Lead counsel for the U.S. Fish and Wildlife Service during the ESA Exemption Process for the Northern Spotted Owl. Associate Solicitor, General Law (1990-1991) responsible for matters involving procurement, labor law and the U.S. Trust Territories. Lead evidentiary counsel for the Department of Interior on the Exxon Valdez oil spill.

Manny Rosas has been a Coachella Valley resident since 2008 after his retirement. He attended the University of Mexico City, receiving a Bachelor of Business. He also holds degrees in Landscape Horticulture and Landscape Architecture.

Manny began his career in the San Francisco Bay Area where he worked 20 years in Landscape Management, including 14 years working for the East Bay Municipal District and six years in the position of Parks Superintendent for the City of Richmond where he implemented an innovative Landscape Irrigation Management Program.

Manny worked 12 years for the City of Redwood City in the position of Water Superintendent, responsible for the operations and maintenance of the water system, financial management of the Water Enterprise Fund and implementation of the Water Resources Management Plan which included the development of a recognized Water Conservation Program and a Reclaimed Water System.

Manny was aware of the groundwater supply crisis when the Agua Caliente Band of Cahuilla Indians launched a legal battle to stop the local water agencies from over-drafting and degrading the quality of the valley’s precious natural aquifer, and became a community advocate to pursue a sustainable and responsible water management approach to protect and preserve our precious natural groundwater for our community’s future generations.

Mr. Davis recently retired as the Chief Planning and Development Officer for the Agua Caliente Band of Cahuilla Indians in Palm Springs. Prior to working for the Tribe, Mr. Davis was a partner in two consulting firms over a fourteen-year period serving cities, counties and real estate development companies. His past public experience includes over two years with the City of Chula Vista Planning Department, Planning Commissioner of the City of Coronado, and several appointments with the City of San Clemente. Mr. Davis presently sits on the Board of One Future Coachella Valley, recently appointed to the City of Prescott Board of Adjustments and Industrial Development Authority; and he is an emeritus member of the California Planning Roundtable. Mr. Davis previously served on the Colorado River Regional Water Quality Control Board under three governors of California. Mr. Davis has extensive experience with multi-discipline, complex land planning projects.

Mr. Davis received his Bachelor’s Degree in Landscape Architecture at California State Polytechnic University. He has completed postgraduate coursework in real estate development and received his MA in Education from California State University San Bernardino. Mr. Davis is certified by the American Institute of Certified Planners and past volunteer activities have included serving as President of a Chamber of Commerce, Guide Dogs of the Desert and a Boys and Girls Club.

Russ Martin was elected to the Board of Directors of Mission Springs Water District in 2010, serving three terms as President and four terms as Vice President. He has served the Desert Hot Springs area for many years, including serving as President of Cabot’s Pueblo Museum Foundation, the Past Chairman of the Desert Hot Springs Redevelopment Agency Oversight Board, the Past Chairman of the Desert Hot Springs Public Safety Commission and as an Alternate Riverside Countywide Oversight Board Member and representative for 5th District County Supervisor on two separate Committees. Mr. Martin is also retired from his law enforcement career.

"We are working to ensure we have a clean, abundant drinking water supply for generations to come.”
– Tribal Chairman Jeff L. Grubbe 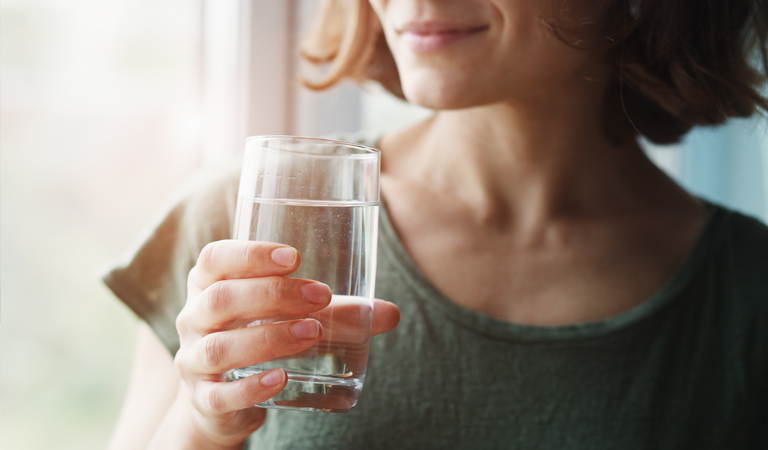 The Agua Caliente Water Authority is a branch of Tribal Government that regulates and administers the Tribe’s groundwater to protect the public health, safety and welfare and the economic security of the Tribe, its Members, Tribal Entities, and the Reservation Community. 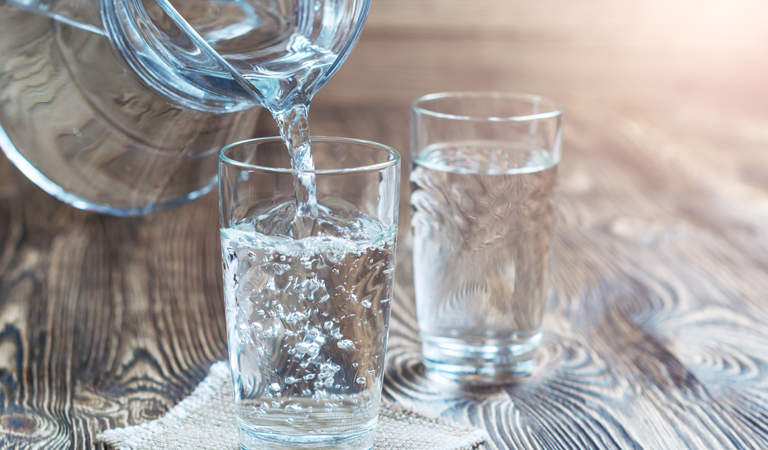 The Agua Caliente Water Authority is focused on water stewardship policies to protect the water supply now and into the future. 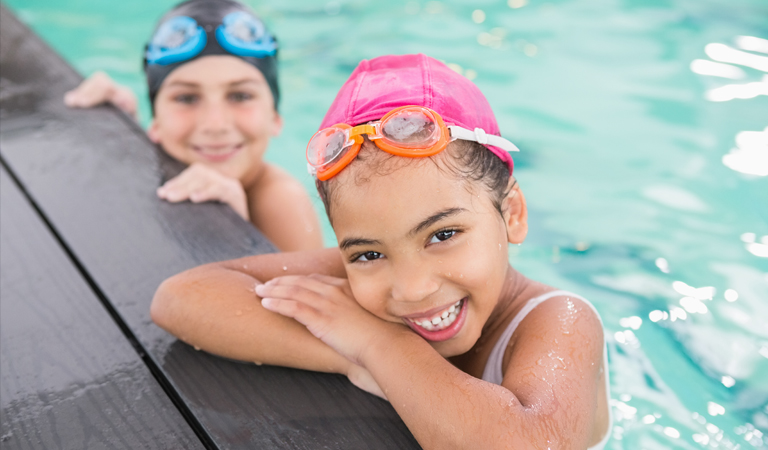 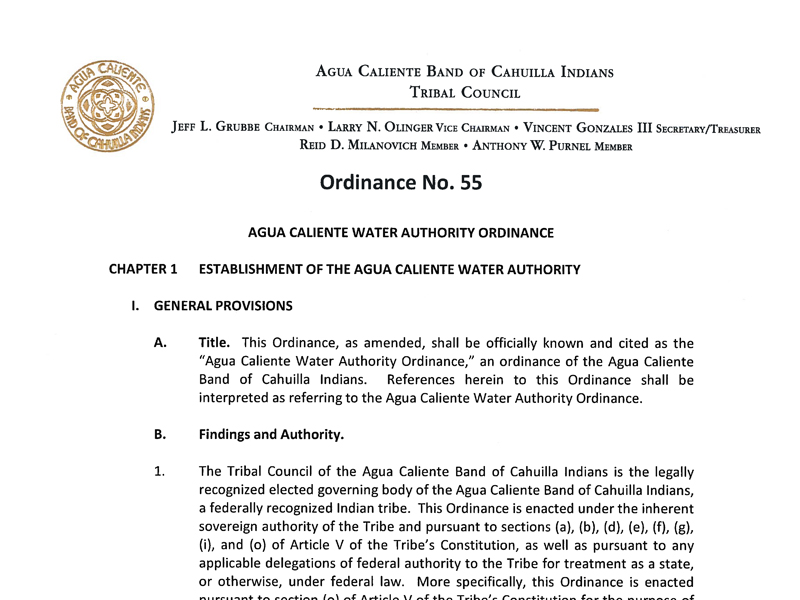 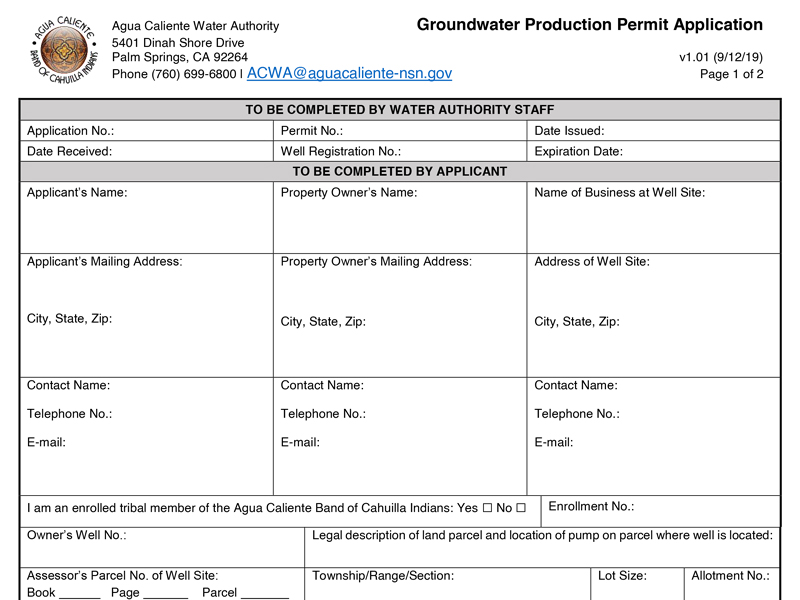 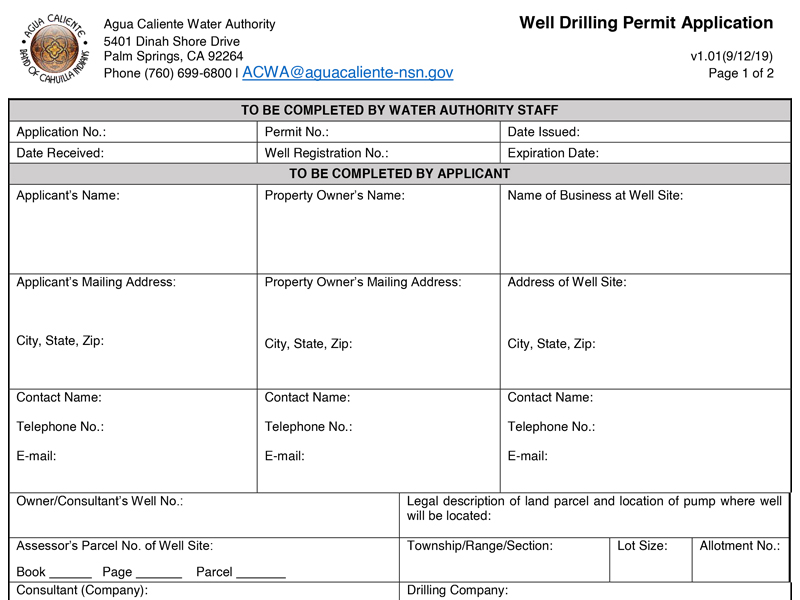 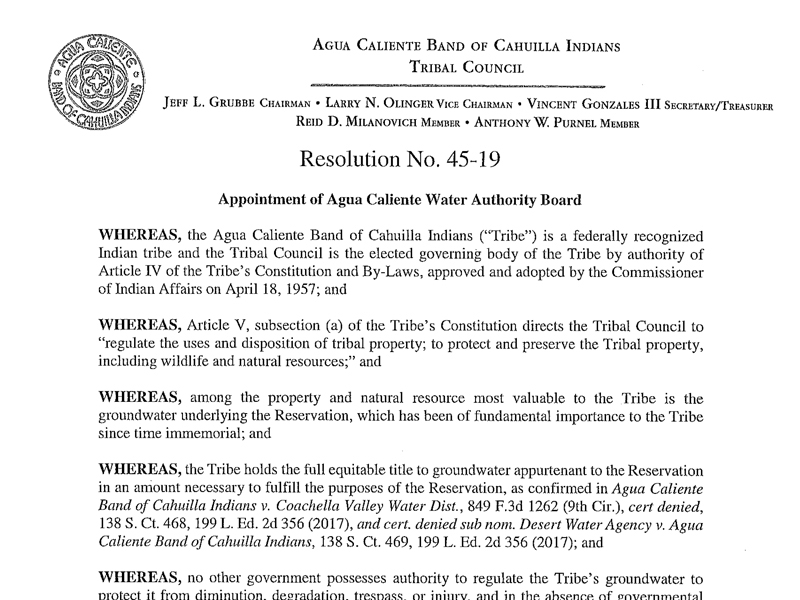 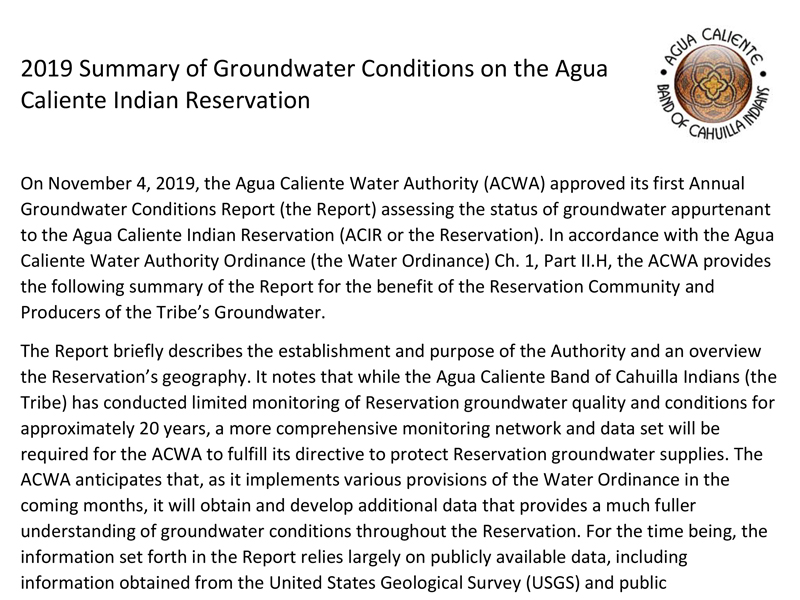 2019 Summary of Groundwater Conditions on the Agua Caliente Indian Reservation 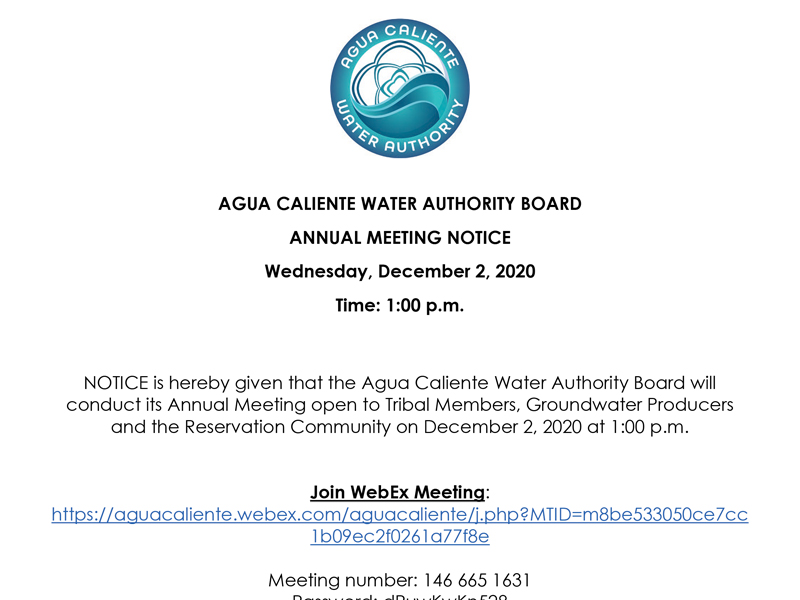 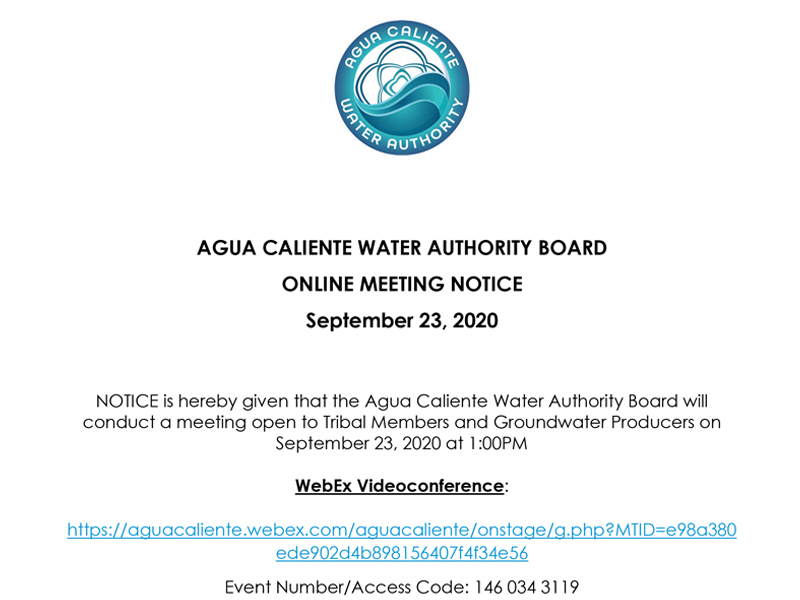 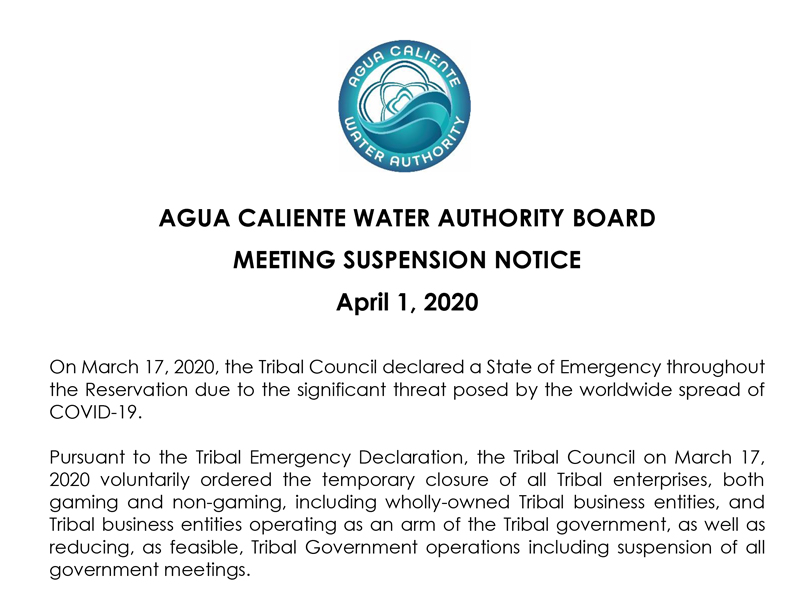 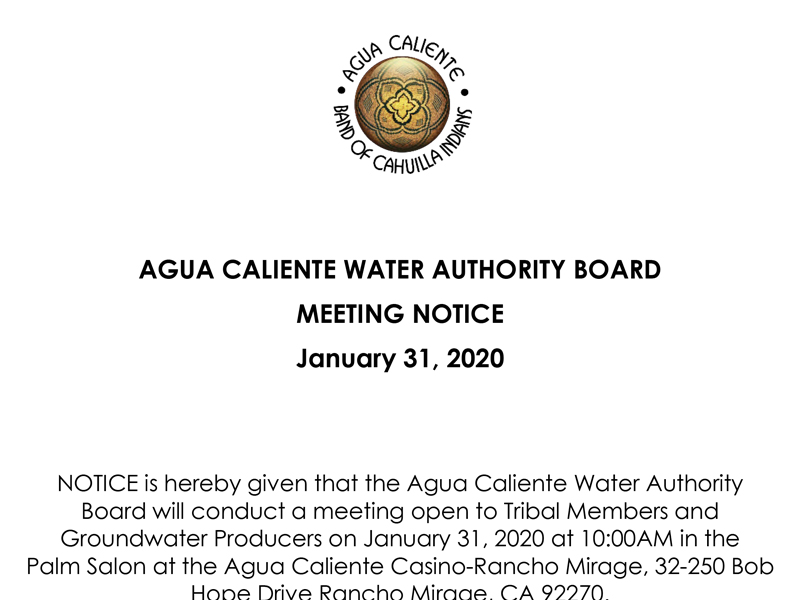 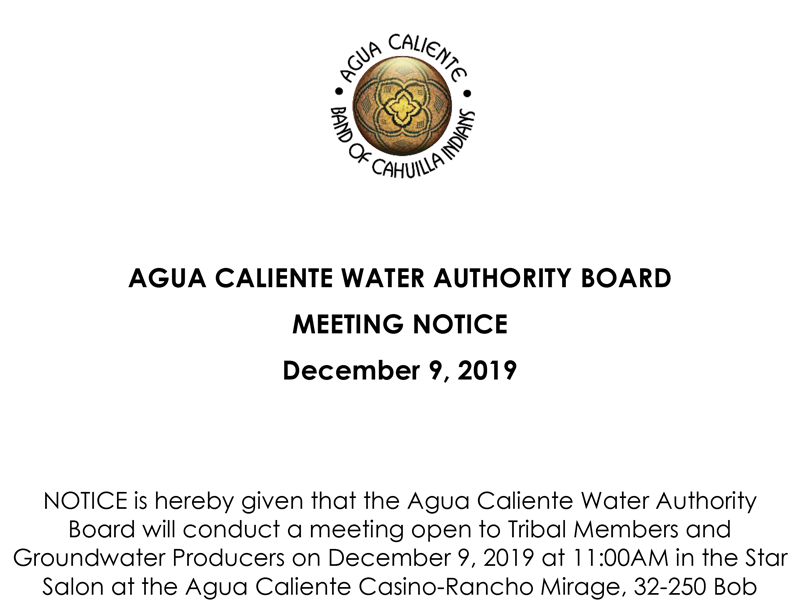 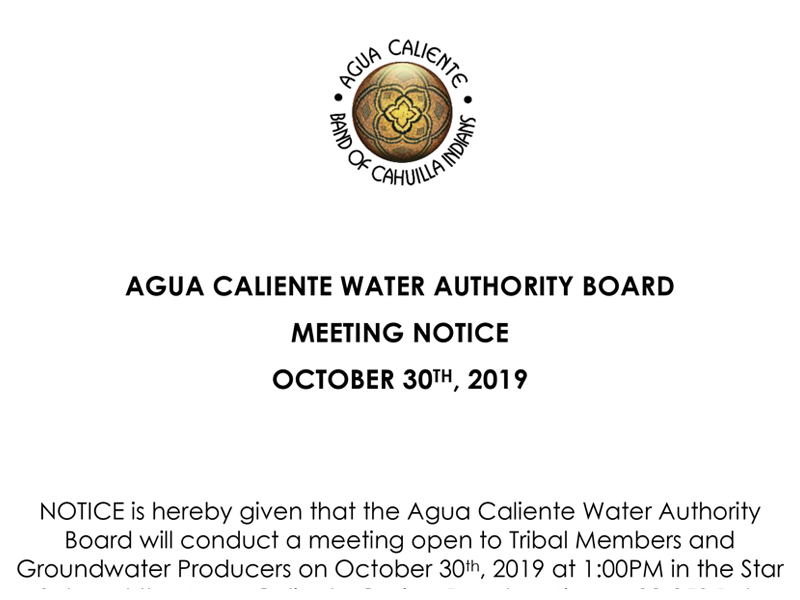 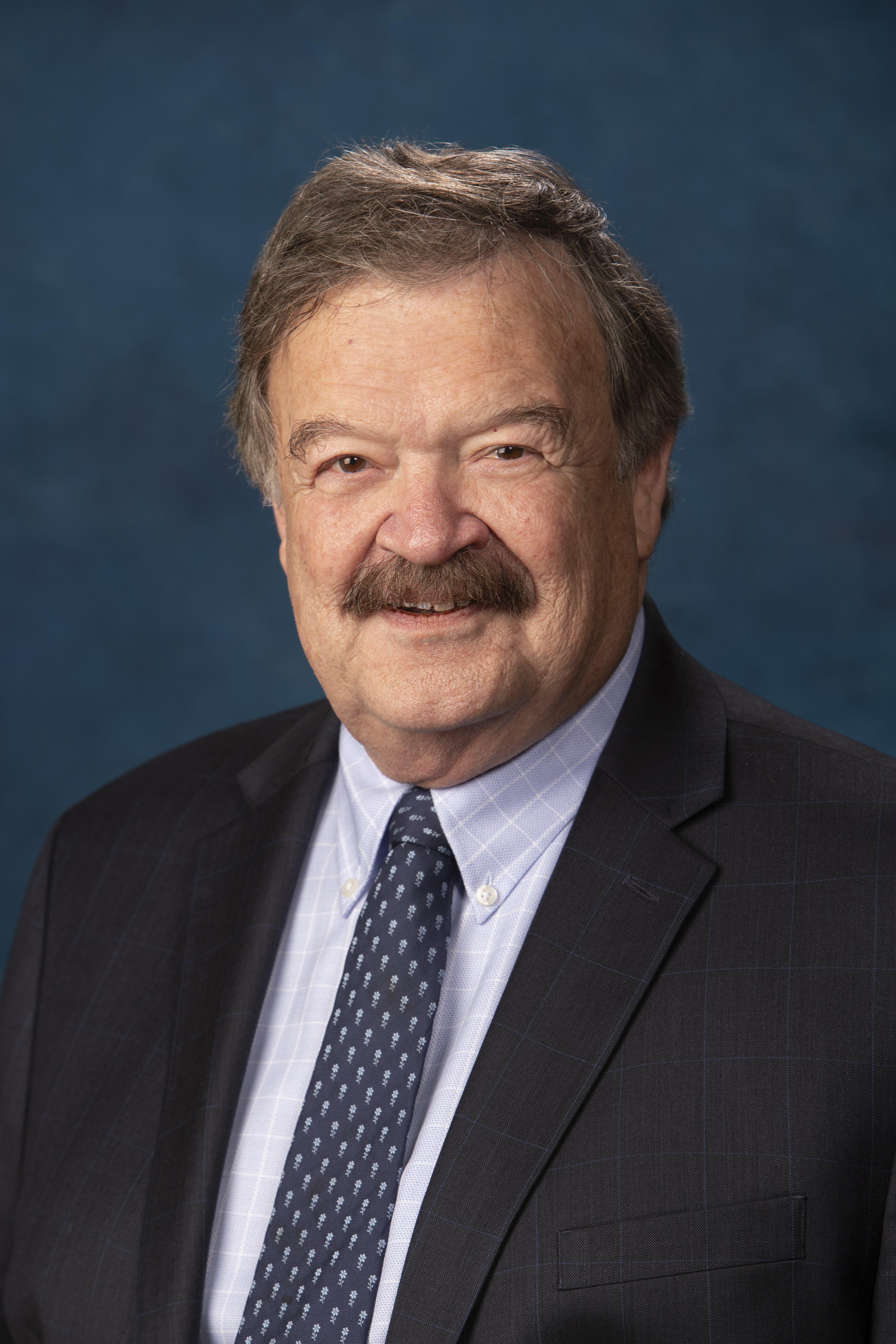 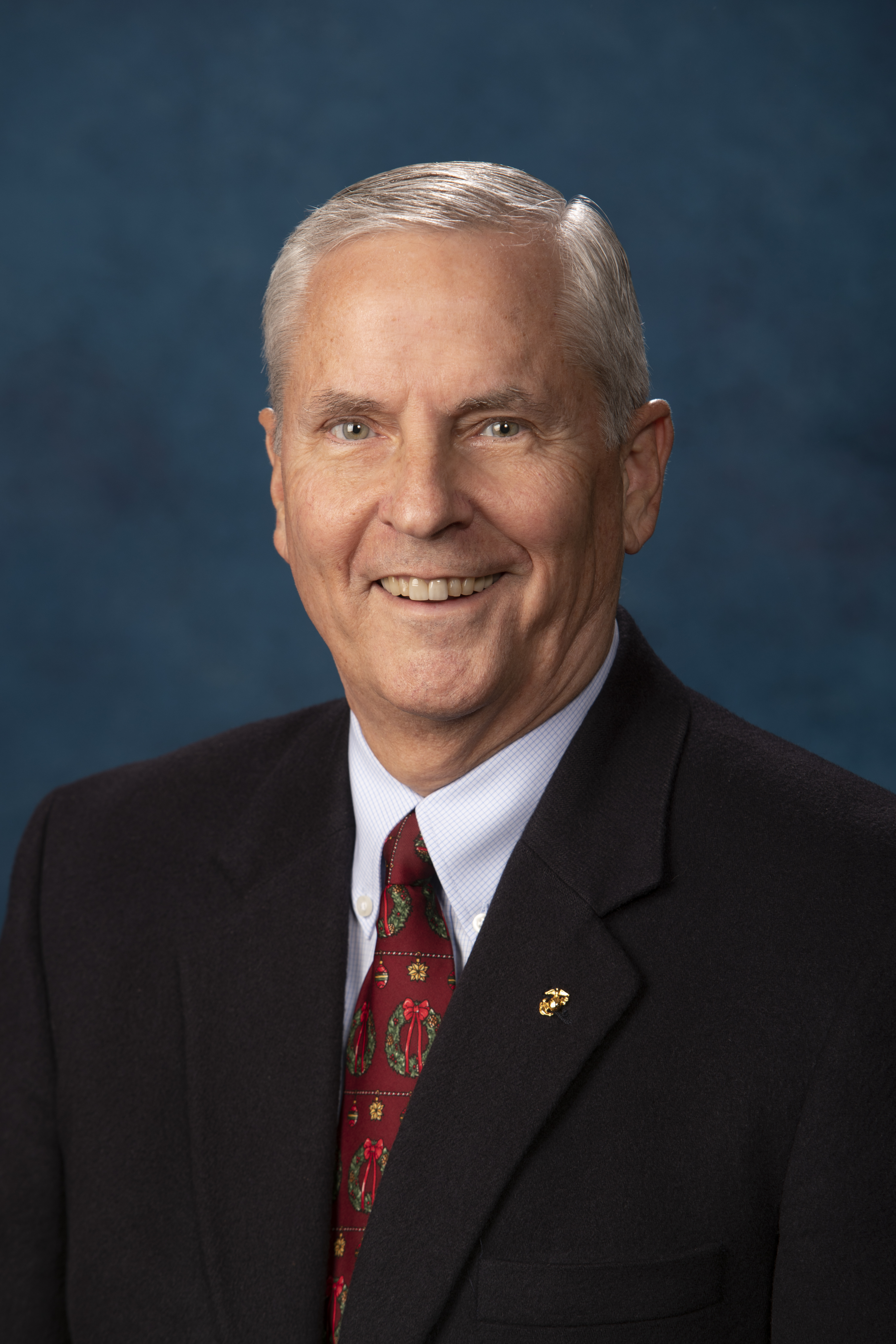 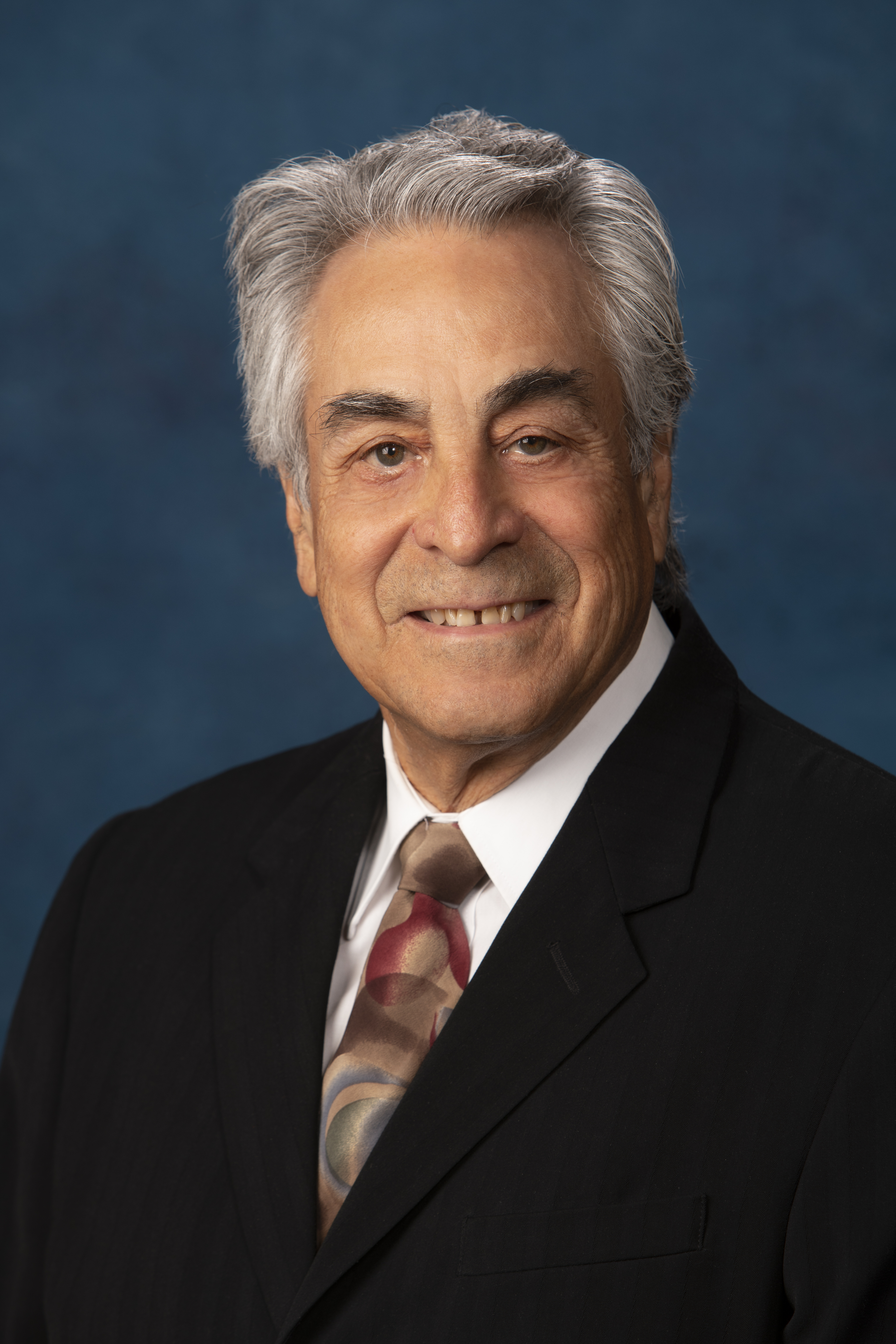 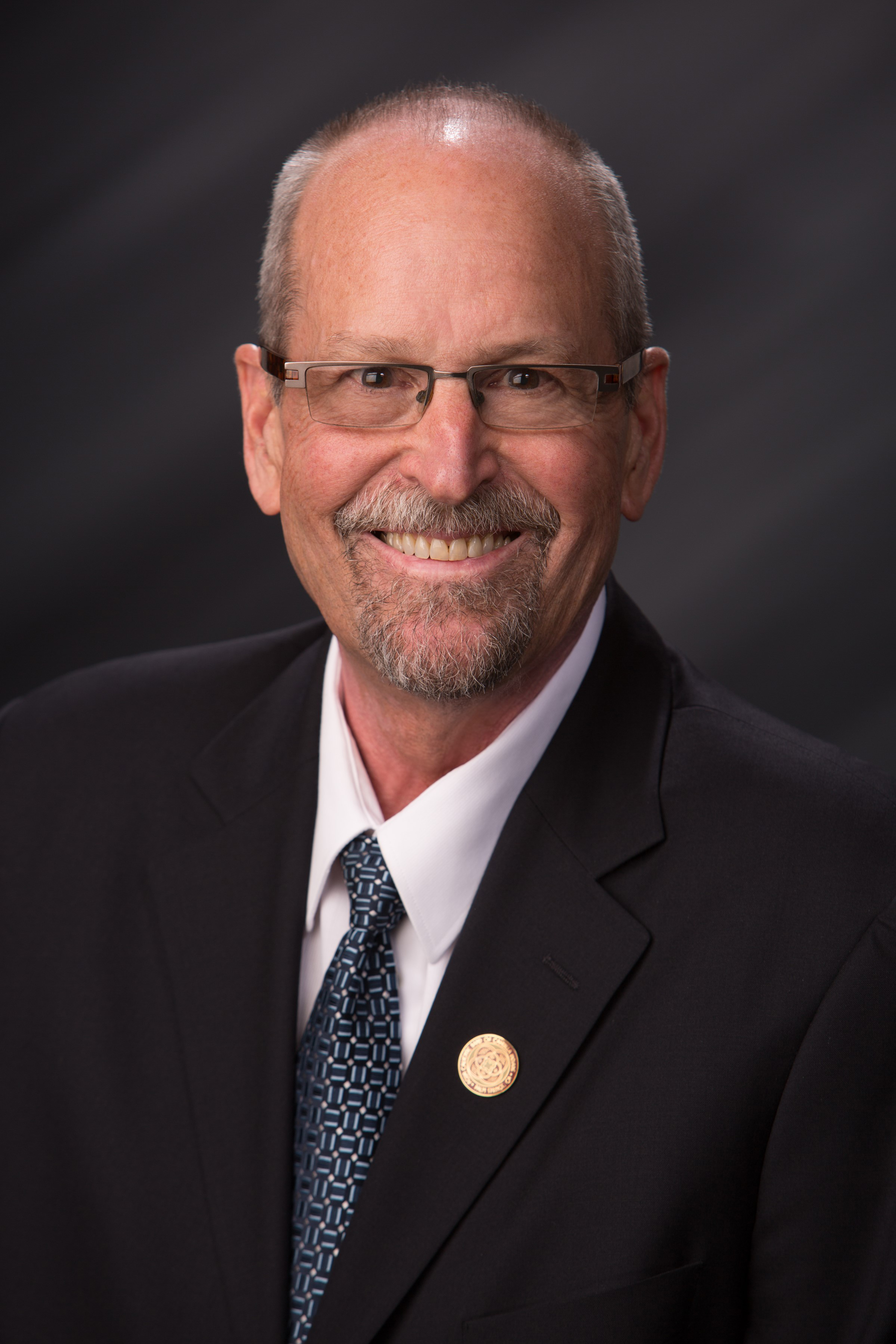 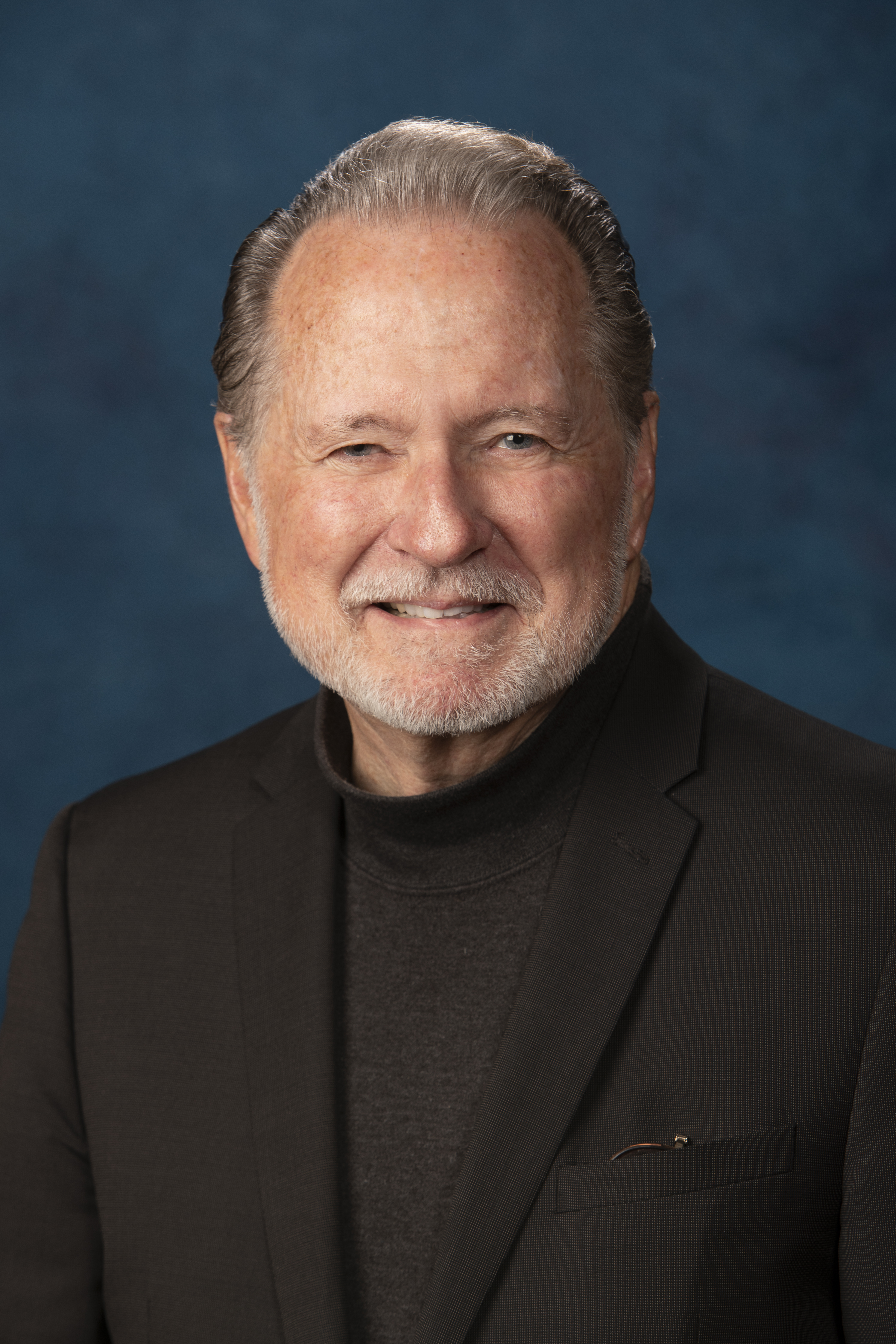 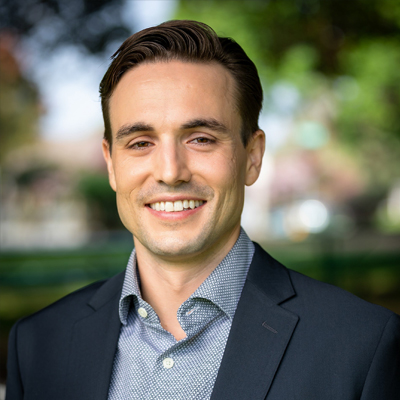 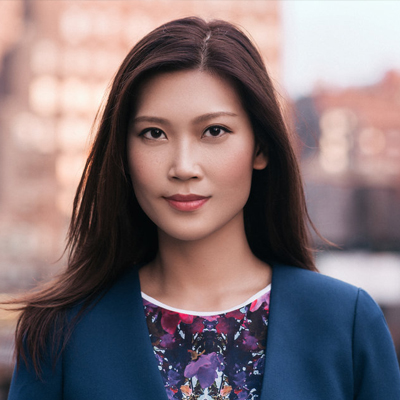 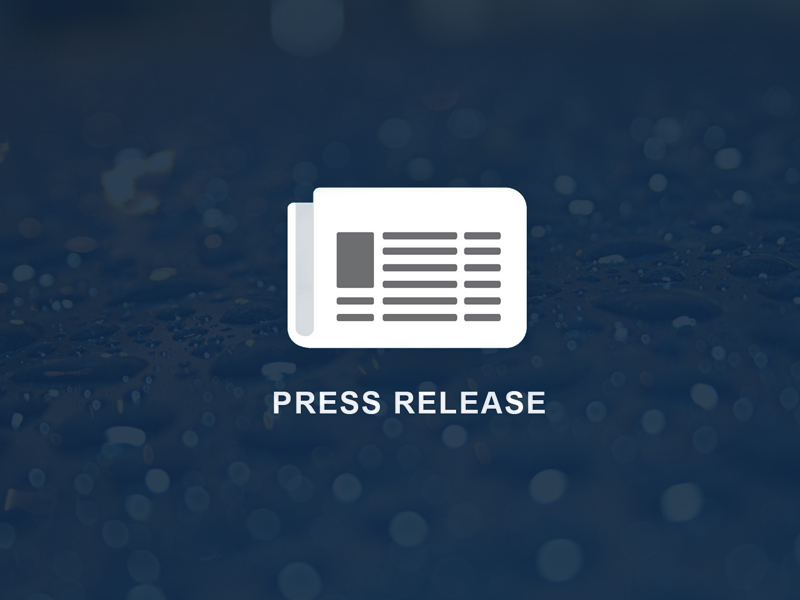 The Agua Caliente Tribe has authority under its Constitution and federal law to enact laws for the governance of its Reservation. The Tribal Council, acting under this authority, enacted the Water Authority Ordinance on August 6, 2019, and published notice of the ordinance in the Desert Sun on August 20, 2019 and August 27, 2019


The long term availability of abundant, clean groundwater is of paramount importance to the health, security, and economic well-being of the Tribe, its members, and the entire Reservation community. The Water Authority will help to ensure that this critical need is met by regulating and tracking where and how the Tribe’s federally reserved groundwater is produced and used, monitoring groundwater levels and quality, and implementing responsible management and permitting practices that ensure the appropriate and responsible use and administration of this resource for present and future generations.

Agua Caliente, in exercising its sovereign authority over its federally reserved water right, is cognizant of longstanding water use on the Reservation and of the importance of groundwater to the entire community, tribal and non-tribal alike. The Tribe understands that the health and wellbeing of the entire community is interdependent, and it stands ready to work with all stakeholders to ensure that its regulations are implemented in the least disruptive manner possible consistent with the Water Authority’s purpose of responsibly managing and protecting groundwater


As you’re likely aware, Agua Caliente has been involved in a federal lawsuit with CVWD and DWA for the last several years regarding the Tribe’s groundwater rights. In the course of that litigation, the Ninth Circuit Court of Appeals confirmed that the Tribe has federal water rights in the groundwater under the Reservation.

Based on the ruling from the Court, and in the interest of monitoring, protecting, and exercising its decreed water right, the Tribal Council approved the Water Authority Ordinance.


The Water Ordinance only applies to individuals or entities who have wells on the Agua Caliente Reservation or who pump groundwater from under the Reservation.


One of the ways that the Water Authority will carry out its responsibilities is by implementing a new permitting system for on-Reservation well drilling and groundwater production. The Water Ordinance requires that all entities and individuals producing groundwater within the Reservation file a permit application by December 4, 2019 – 120 days after the effective date of the Ordinance. For new wells drilled on the Reservation, applications must be filed before drilling and groundwater production can occur


Applicants will need to provide, among other things: (1) the legal description of the parcel where groundwater is or will be produced; (2) the approximate amount of groundwater to be produced each month for the coming year; (3) for what purpose and where the water will be used; and (4) available data regarding the history of groundwater production and groundwater quality at the site in question, including available well logs. These requirements are spelled out in more detail in Chapter 2, Part I.B of the Ordinance. Gathering this data in connection with the permitting process will enable the Water Authority to track the amount and location of groundwater being produced on the Reservation and assist in the Authority’s management of the resource

It is important to note that while the Ordinance requires a valid permit to produce groundwater on the Reservation going forward, it also contains a limited grandfather clause. Under this clause, any current groundwater production or production commenced prior to December 4, 2019 will continue to be lawful pending the Water Authority’s grant or denial of a permit, as long as a permit application is submitted by the December 4, 2019 deadline.


The Tribe has the authority under the Ordinance to order the cessation of production from wells currently in operation on the Reservation if applications are not filed and permits granted by the Authority under the time periods described above. It also has the authority to stop the drilling of new wells that are not permitted, if the owner or operator ignores Tribal law. The Tribe and the Water Authority intend this new law to play an important role in protecting the groundwater aquifer underlying the Reservation for the benefit of all Reservation residents. The Tribe and the Authority intend to work cooperatively with current and future producers of groundwater to achieve these objectives.


The Ordinance requires the Authority Board to take action on any permit application within 6 months of filing.

Caliente Reservation. The permitting system and groundwater production fee, if one is implemented by the Water Authority, are valid exercises of the Tribe’s sovereign and property rights over its groundwater


Settled federal law makes clear that he replenishment assessments currently levied on the onReservation production of the Tribe’s groundwater by the Tribe, its members, or their lessees are preempted by the Tribe’s federal water right and federal law. Accordingly, any groundwater production fees that may be levied by the Water Authority as fees that would be charged instead of, rather than in addition to, the districts’ replenishment assessments. The Tribe and the Water Authority recommend that any groundwater producers consult their own legal counsel if they have any questions about the extent to which they should continue paying those assessments.


In accordance with settled and longstanding federal law, the Tribe’s position is that Tribal law governs the production of groundwater on the Reservation. Nevertheless, you should consult your own legal counsel on this question.